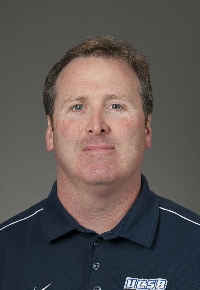 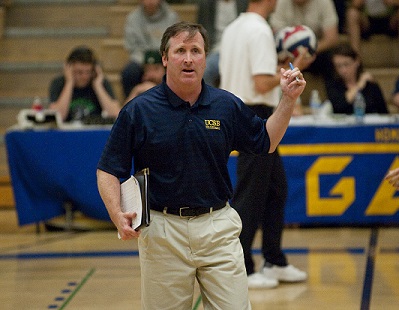 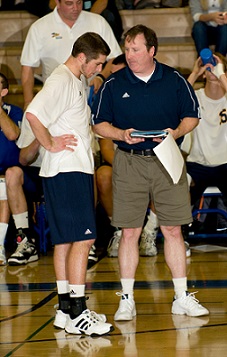 Only the second head coach on the Gaucho bench in the last 40 years, McLaughlin has the program on the upswing, going 70-45 (.609 winning percentage) since 2014 with four straight postseason trips. He recorded his 100th win at UCSB against Sacred Heart on Jan. 9, 2016.

In just his third year at the helm, McLaughlin brought the Gauchos to the brink of a National Championship in 2011. Embarking on what USA volleyball legend Karch Kiraly called "one of the greatest postseason runs in any sport," UCSB won four straight postseason matches – including a pair of wins over No. 1 ranked USC and the first victory of the season by an away team at BYU's Smith Fieldhouse – to advance to the NCAA Final against Ohio State. The Gauchos would ultimately fall in a five-set heartbreaker.

The Gauchos put together another solid campaign behind McLaughlin in 2016, winning 20 games for just the second time since 1990 and advancing to the MPSF Semifinals at BYU via a first round win at Stanford, the first road win by any team in the MPSF Quarterfinals since 2001.

In 2014, McLaughlin led the Gauchos to a program-record 16 wins from conference play, ending the season with an 18-9 overall record (16-9 in conference). After finishing fourth in the ultra-competitive MPSF standings, UCSB hosted the first home playoff match in McLaughlin's tenure and its first overall since 2007. Despite trailing 14-7 in a do-or-die fourth set, the Gauchos rallied to claim a five-set win over No. 5 UCLA.

During his time with the Gauchos, McLaughlin has coached five All-Americans, including 2012 National Blocker of the Year Dylan Davis.

McLaughlin spent ample time during the 2009 offseason with USA Volleyball- first guiding the junior team to the 2009 NORCEA Pan-American Cup championship in Chiapas, Mexico before assisting with the Men’s Senior National Team during their qualifications for the 2010 World Championships.  Also, in 2010, McLaughlin guided the Team USA to a gold medal at the Pan American Games in Puerto Rico.

McLaughlin led the LMU program for eight years beginning in 1993 and ending in 2000 when the school dropped the program. He was named MPSF Coach of the Year in 1998 and 2000.

Following the 2000 season, he was also selected ASICS/Volleyball Magazine National Coach of the Year after guiding the Lions to the semifinals of the MPSF Tournament, a first for the program.

In the fall of 2001, he joined the staff of his brother Jim - a UCSB alumnus - to help rebuild the women’s program at the University of Washington.

He began his collegiate coaching career under Marv Dunphy at Pepperdine, coaching the 1991 and 1992 seasons and helping the Waves to the 1992 NCAA Championship.

He spent one year as an assistant on Kathy Gregory’s UCSB women’s staff in 2005, a year in which the Gauchos reached the NCAA tournament.

In 2006, McLaughlin became head women’s coach at Golden West College, where two successful years culminated in a trip to the state title game in 2007.